iTunes Placement for Jon Bauer - Light of Another World 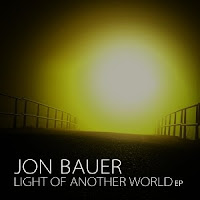 Congratulations to Jon Bauer! His "Light of Another World" EP received prominent placement in the "New and Noteworthy" section on iTunes for both the U.S. and Canadian storefronts. Produced and partially co-written by 2010 Dove Award Winning Producer of the Year Rusty Varenkamp (Rush of Fools, Aaron Shust, Sanctus Real, Meredith Andrews, etc), the Light of Another World EP is a precursor to what promises to be a must-have Praise & Worship album. The yet-to-be-named full-length album from the highly decorated Canadian worship leader is slated for the 1st Quarter of 2011.
Posted by David C. Coleman at 7:31 PM No comments: Posted by David C. Coleman at 1:00 PM No comments: 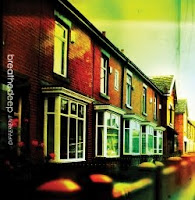 Pringle, a two-time Grammy Award nominee, has penned many memorable Gospel hits including "Can't Stop Praising His Name," "When All God's Children Get Together" and "I Feel Like Going On." As the founding member of the Pentecostal Community Choir of Los Angeles, Keith spearheaded six projects with the choir, two of which went gold. He then continued on to release multiple albums and tour the world as a solo artist. Other nominations throughout the years include two Dove and one Stellar Award nominations.

Keith's comeback album is entitled "Nothing Too Hard For God." A revamped version of the classic "Call Him Up" (produced by Jimmie Wyatt with horn arrangements by Phil Lassiter) will be serviced to Gospel radio in late July by Vernice Watson (The Artist Company) to coincide with the GMWA Convention taking place in Cincinnati, OH. Future touring will find Keith headlining an AAFES (Army Air Force Exchange Services) tour alongside CLG distributed artists Jack Yates (from LeRae Records) and Minneapolis-based independent artist Sara Renner. The tour will kick off in November and visit many military installations across the United States.
Posted by David C. Coleman at 1:00 PM No comments:

CLG Distribution has added Hollar Records to its growing list of up-and-coming independent Christian record labels. The first release slated for September 28, 2010 will come from flagship band 39 Stripes. 39 Stripes is a veteran Christian Rock band which originated in Tampa, Florida in 1998 and has been featured on national television, performed at many summer festivals over the course of the years and has been featured in numerous music magazines as well. The band's first three album releases received considerable airplay on radio stations around the world with songs breaching the top 10 on many Christian Rock charts. The band's upcoming release is entitled "Beyond Broken" and the first single, Mustard Seed, will be serviced to Christian Rock radio by Chris Chicago of Shamrock Media Group beginning late July.
Posted by David C. Coleman at 2:00 PM 1 comment:

East Bridgewater, MA - July 1, 2010 -- On May 28th, Australian-born Ray Nainggolan (aka Ray & Co) was stopped upon arrival at San Francisco International Airport en route to Logan International Airport in Boston, Massachusetts. He was questioned as he passed through customs with AU$3,000 in cash and two guitars. U.S. officials detained him for seven hours and asked hundreds of questions, finally concluding that Ray could not proceed any further into the U.S. due to the nature of his visa. He was traveling under the auspices of a B-1 Visitor's Visa as opposed to a P-1 Entertainment Visa, a non-immigrant visa which allows foreign nationals who are athletes, artists and musical groups to enter into the U.S. for a specific event, competition or performance. The leading official determined that Ray would be a burden on the U.S. economy and sent Ray back to Australia the following day.

On the cusp of his U.S. debut release entitled "White Noise Visions" releasing July 27th, Ray was traveling to the U.S. to spend the next three months promoting the album via concert/festival performances, interviews, a video shoot and several other promotional activities. Ironically, Ray spent four years in the U.S. attending college at Gordon College in Massachusetts beginning in 2000 and, thereafter, was afforded the opportunity to move to Australia where he became involved with the Hillsong movement. He was a featured guitarist on the Hillsong Kids albums "Follow You" and "Tell The World."

As a result of what can only be viewed as an injustice based upon the letter of the law and a government official's unwillingness to investigate the matter fully, Chrematizo Label Group joined independent Blue Duck Records and charities Love Can't Be Baht and The Stable Coffeehouse to form the "Help Save Ray Campaign". The purpose of the campaign is to help raise funds on behalf of the burgeoning artist to cover the estimated $3,000 dollars needed to secure a proper P-1 visa and the additional $1,000 to replace the original plane ticket.

Tax deductible donations can be made through the Love Can't Be Baht website (http://www.lovecantbebaht.com/Love_Home.html) or the Stable Coffeehouse website (http://www.matthewsmemorial.com/The_Stable.html). Blue Duck Records is offering a free copy of the 15-track "White Noise Visions" CD to anyone donating $20 or more to support the cause.

For more information on Ray & Co, visit www.rayncomusic.com or www.facebook.com/RaynCo.
Posted by David C. Coleman at 2:00 PM No comments: 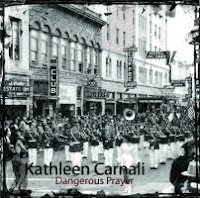 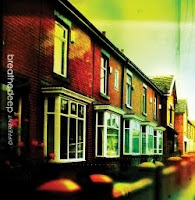