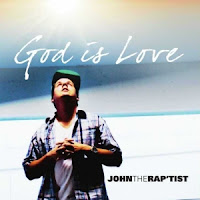 God Is Love is the word for word, King James Version Bible rap recitals of John The Rap’tist. Produced by John “The Rap’tist” Gallagher and former Jive and Universal/Motown Recording Artist Talib “Taaz” Kareem from the group Imagin, John The Rap’tist (JTR) and “Taaz” team up to integrate the “soul’d out” sound of Rap and R&B with the unadulterated Word of God on this brand new release. Nine chapters of the Word of God are contained within eight slammin’ tracks including “I Write,” a song with a corresponding video receiving national and international airplay on major video outlets across the globe. Throughout the course of the album, John recites the epistles of 1st, 2nd and 3rd John, Jude and Philemon verbatim! In this way, JTR uses the universal language of music as a vehicle to address the culture without compromise, depositing the eternal message of God’s love in hopes of fulfilling the promise of 1st John 2:14—”and the word of God abideth in you and ye have overcome the wicked one.”

From guest appearances on New York City’s Star 99.1 FM to hosting the video countdown show “Xtreme Video Zone” on JCTV, John is having an incredible impact on the Christian and Secular scenes alike as he walks in the favor of the Lord. “One of my many gifts is my music, but my calling is to preach Jesus Christ and Him crucified, as well as His resurrection power!” With ministry-centered goals and a prophetic gift to speak to the masses, John’s goal is to move well beyond merely reflecting culture through rap by allowing the Holy Spirit to transform culture through music. 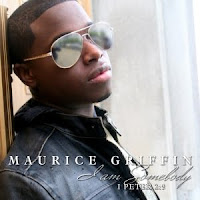 Known for his YouTube clips, Maurice Griffin is a man needing little introduction - his voice speaks for itself. Last seen as a finalist on BET's "Sunday's Best," Maurice has become known as one of the hardest working young independent artists in Gospel Music. He's that that "IT" factor - the look, the swag, the heart, and the ability to truly resonate with the listener. This rising star's debut release, I Am Somebody, is set to release July 5th, 2011.

George Huff, from American Idol Season 3 speaks out, "I am so excited about Maurice's release. His music sounds amazing and has a fresh sound. If you haven't noticed, there is a new generation of pioneers rising up and I have no doubt that Maurice Griffin will be one of the front runners. Look out America - he's going to reach the world!!!" Because of his talents, Maurice Griffin has sung with legendary greats such as New Direction, VaShawn Mitchell, Dorinda Clark-Cole, Bobby Jones, Canton Jones, and even songwriter V. Michael McKay who wrote "The Battle Is The Lord's," one of the premier songs that put Yolanda Adams on the Billboard charts. Under Donnie McClurkin's mentorship, Griffin's goal is to serve and empower other music leaders to reach their maximum potential. Maurice Griffin has made hard work look easy, and his project I Am Somebody simply speaks for itself.
Posted by David C. Coleman at 1:00 PM No comments: