The first single from Brooke Fraser's Albertine album entitled "Shadowfeet" is positioned at #9 on the Christian CHR chart this week. With all but 7 reporting CHR stations on board, momentum continues to build and will likely see this magnificent single climb higher in the Top 10.

24 year old BROOKE FRASER is a pop phenomenon in New Zealand and Australia where sales for her new album Albertine and debut What To Do With Daylight have together sold over 225,000 units. Brooke recorded Albertine in Hollywood with renowned producer Marshall Altman (Train, Marc Broussard & Matt Nathanson).

Brooke is a member of the Hillsong United Church for which she has written two wildly popular and best-selling hymns. Her performance of one of those hymns, "Hosanna", has had over 1,400,000 views on YouTube. Overall, she has over 3 million plays on her YouTube channel as well as over 730,000 plays and 30,000 friends on her MySpace page.

Posted by David C. Coleman at 12:44 PM No comments: Links to this post

Come visit CLG Distribution on PureVolume.com to download the latest and greatest music from the finest independent Christian artists in the land!

Available now for a limited time only: 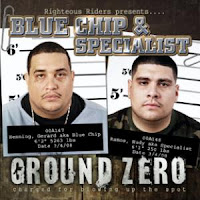 "Get At Me" by Blue Chip & Specialist (from their album "Ground Zero" on Arete Music / B4 Ent.) 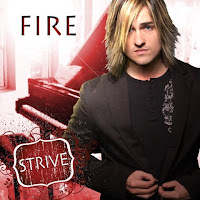 "Smallest Things" by Strive (from their upcoming release "Fire" on GoDigital Records)
Posted by David C. Coleman at 10:49 PM No comments: Links to this post