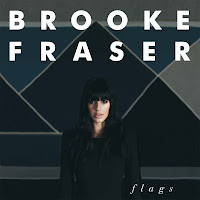 After great anticipation and fanfare, Brooke Fraser's third solo album was released worldwide with great success. The album debuted on iTunes at #4, and has charted at #58 in the U.S., #79 in Canada, #3 in Australia and #1 in her homeland of New Zealand where her first single, "Something In The Water," is also #1, outselling the number two song four to one.
Posted by David C. Coleman at 11:41 AM

If you are looking for a great new worship artist, take a listen to Pasquale Talarico! Kinda brings a little rock to a Dave Matthews feel! http://www.pasqualetalarico.com